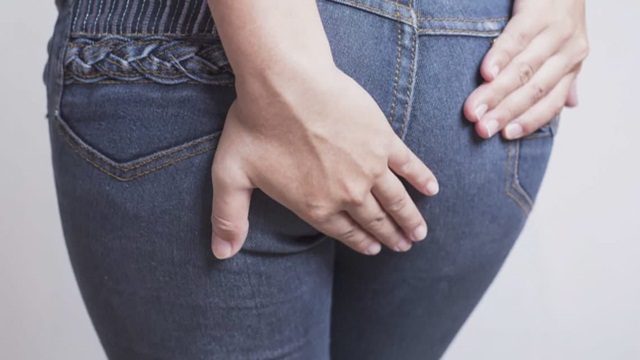 Hemorrhoids is a problem for many people. The risk of their occurrence increases with age. The good news is that hemorrhoids can be cured. Although it is a disease that is often embarrassing, we break this taboo subject.

How do I know if I'm at risk of hemorrhoids?

Initially, varicose veins do not give very visible symptoms. We usually underestimate them, which delays diagnosis. The most common symptoms are haemorrhoids falling out. Other ailments that may appear with this disease are bleeding - this is the most common symptom - the blood has a characteristic color. If you see regular traces of blood on toilet paper, this may be a sign for hemorrhoids. One of the main symptoms of hemorrhoidal disease is also a feeling of incomplete bowel movement, itching, and less often pain around the anus. When external hemorrhoids are large, they can form clots, which can lead to tissue necrosis.

Varicose veins can occur regardless of age. There is no known clear answer to the cause of hemorrhoidal disease. Genetic factors certainly have some influence. The reason may also be an increase in blood pressure under the mucosa. Its formation is certainly favored by a sedentary lifestyle, low physical activity and obesity. Although a sedentary lifestyle is not advisable, also practicing some sports, it has a negative effect. Cycling or horse riding do not have a positive effect on blood circulation around the anus. Hemorrhoids are also caused by poor eating habits, including stimulants, alcohol or too low fiber intake. Incorrect diet also includes too little fluid intake and a large amount of hot spices.
However, the most common risk factor for hemorrhoidal disease is chronic or recurrent constipation. The reason for the emergence of this disease can also be a woman's sex cycle, pregnancy, which promote the development of hemorrhoids. Hence, many people who suffer from this disease are pregnant or after delivery. Often, however, the hemorrhoids disappear after delivery.

Hemorrhoids - how to help yourself?

To prevent hemorrhoids, it is worth remembering a few basic recommendations. In the fight against pain and burning, good hygiene of the sick person helps significantly. Hemorrhoids develop slowly, so the sooner you detect them, the better your chances of avoiding surgery. The diagnosis should be left to specialists. Ignoring the discomfort often causes the symptoms of hemorrhoids to increase over time, and appropriate treatment is needed.
Unfortunately, for many people, it is such a shameful disease that they do not go to professionals. We often decide to consult specialists. And this is a mistake! Treatment of hemorrhoids should be started as early as possible. Therefore, we should not be ashamed, but treat this unpleasant ailment. Untreated, they cause many complications. Modern technology, however, faces them very effectively.

Do you want to know what loads cause hemorrhoids? Take a body load test and find out the causes of hemorrhoids.